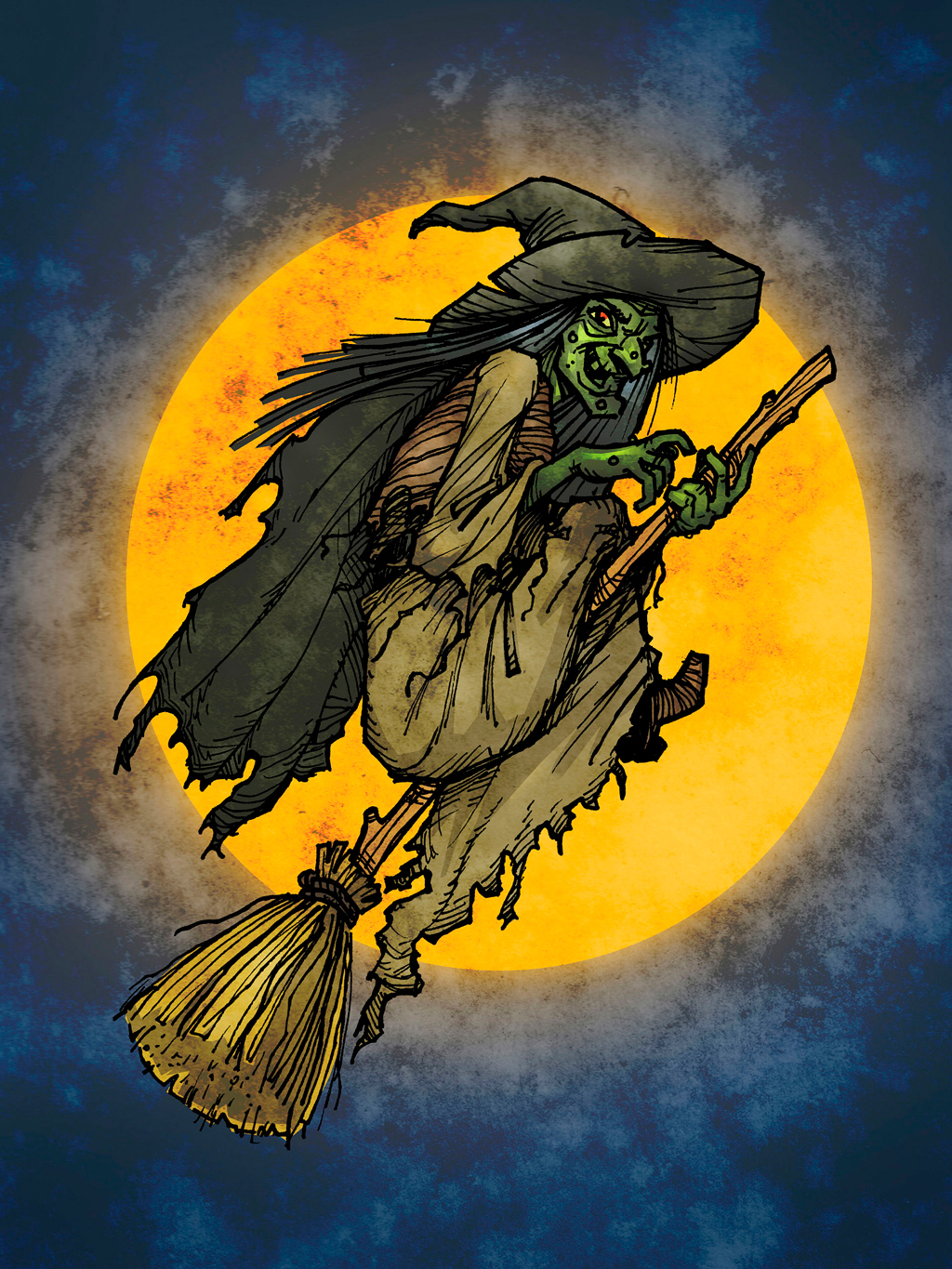 Many, many years ago not far from the hermitage of Pleiney lived, in a small hut, a very old woman, but so old that no one remembered all her years with precision. 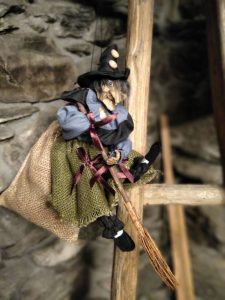 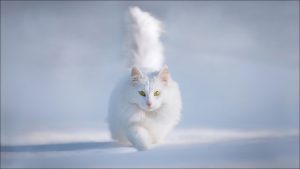 “La vegia”, as she was called, lived all alone with a very old white cat, white as snow and with green eyes like the lawn, the two kept each other company.

The vegia told him stories and the big cat listened and nodded attentively. They spent the day among the animals of the forest and the evenings in front of the fire..

The other villagers did not like the old woman, they were afraid of her, always dressed in black, disheveled and a bit gruff, she had no friends.

But one day, to win a stupid bet and show courage, some kids went up to her hut and managed to take the beautiful cat, taking advantage of the fact that the old woman had gone away to fetch some wood. With some charcoal found in the fireplace, they turned the white fur of the animal black, not even a hair was left white, and then they ran away leaving the frightened animal fully black.

When La Vegia came home and saw the cat she was so scared that she dropped all the wood and could not speak for the rest of the day.

Gradually she calmed down, but she swore to take revenge on those terrible kids. She picked up the cat in her arms and began to clean it, but at the cat, already panicked by the joke and even more terrified by the old woman’s behavior, a very strange thing happened … its hair never changed color. Despite all efforts, the white cloak remained pitch black forever.

La Vegia more and more angry try to find a solution how to punish those who had caused so much pain. One evening the right idea came to her, it was January 5, she decided that that same night she would go to all the houses in the village where the children lived and would first pay them back with the same coin, soiling them with coal from head to toe during sleep and then, frightened by entering their dreams. And so it happened, all the children that night and for all the years to follow, had scary nightmares populated by black cats, black chimneys, black hands and above all all black witches. 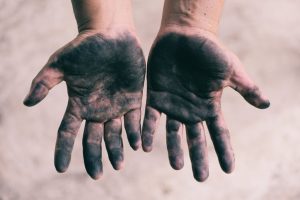 On the morning of January 6, all the kids woke up dirty with coal and terrified by the nightmares of the night just passed, and if this was not already enough, they were also scolded and punished by their parents for having reduced themselves to such conditions.

For many years La vegia, on the night of January 5, continued to silently visit the houses of the village and terrorized the children.

Things would have gone on like this forever, if one day it hadn’t happened by chance near the old age’s hut, a lady who was lost.

The lady was a foreigner and by taking a walk she had lost her way and could no longer find how to back.

The lady introduced herself, said her name was Biffanìa, but that she could be called Befana as everyone did. She was very nice, with red cheeks and a huge skirt, she offered the old lady sweets, mandarins and even dried fruit. At first she was quite grumpy and gruff, but then she was happy to have someone to talk to and have a cup of tea. 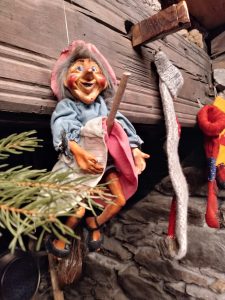 Chatting, she also told her about those terrible kids and how her beautiful white cat had become forever black, black as a moonless and starless night. Biffanìa understood the old woman’s sadness and resentment, but also the terror of the children and she decided that she had to do something to resolve the situation.

She convinced the old woman that it was right to punish those who had behaved badly, but it was not right to punish those who had been good. Indeed, Befana said, “why don’t we make you continue to punish the children who did not behave well during the year, while I could reward those who did well. What do you say?”. La Vegia was not immediately convinced, but looking back she said that it could be the right solution, after all the kids who had caused her so much pain, had now served their sentence.

So every year during the night of January 5 near the village of Pleiney, two old ladies: the Befane, wander around the houses bringing, depending on the case, coal or sweets. We love them both and always invite them to warm up in front of our fireplace and have a cup of tea or hot chocolate together. 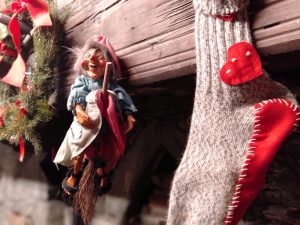 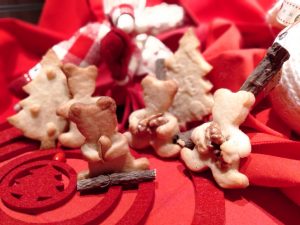 Dear children, this is the tale of the two befane, remember that they are waiting for you for a sweet on the day of the Epiphany.